INTEGRATED CIRCUITS WITH A SOFTWARICAL TWIST 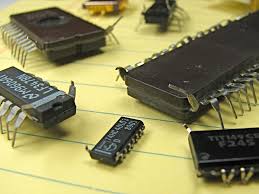 A binary variable or called as two value variables can take the value of 0 or 1.  A Boolean functions or named as two variable function is an expression formed with binary variables, the two binary operators OR and AND, the unary operator NOT, parenthesis, and equal sign.  For a given value of the variables to made it as good and thorough, the function can be either 0 or 1.  Consider, for example, the Boolean function:

The function as shown above F1 is equal to 1 if x = 1 and y = 1 and z’ =  1; otherwise F1 = 0.  The above is an example of a Boolean functions represented as an algebraic expression.  A Boolean function may be represented in a truth table.  To represent a function of a truth table we need a list of 2^n combination of 1s and 0s of the n binary variables and a column showing the combinations for a function equal to 0 or 1. 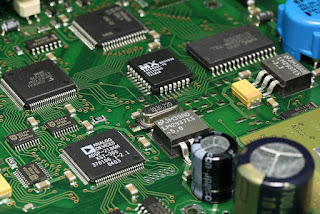 As shown in Table below, there are eight possible distinct combination for assigning bits to three variables.  The column labeled F1 when x =1, y = 1, and z=0.  It is equal to zero otherwise.  Consider the function
F2 = x + y’z

This is shown in table below with four 1’s four 0’s.  F4 is same as F3 and is considered below


Any Boolean function or a Boolean equation can be represented in a truth table or any mathematical drawing .  The numbers of rows in the table is 2n where n is the number of binary variables  in the function.  The 1’s and 0’s combination for each row is easily obtained from the binary numbers by counting 0 to    2n – 1.  For each row of the table, there is a value for the function equal to either 1 or 0.  The question now arises, is an algebraic expression of a Boolean function is unique ? In other words, is it possible to find two algebraic expression that specify the same function?  The answer to this question is yes.  As a matter of fact, the manipulation of Boolean algebra is applied mostly to the problem of finding simpler expression for the same function.

Consider for example the functions:
F4 = x y’ + x’ z
From table above, we find that F4 is same as F3  since both have identical 1’s  and 0’s for each combination of values of the three binary variables.  In general or in simply terms, two functions of n binary variables are said to be equal if they have the same value for all possible 2n combinations of the n variables.