IS DIGITAL COMPUTERS ARE VALUABLE? 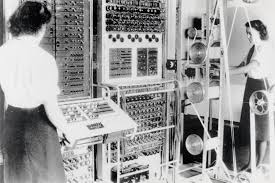 Today computers are used extensively in every day life.  It is used in basic as well as industrial, scientific and commercial purposes.  Our space program would not have been well developed without the real time monitoring of the machine of the spacecraft which was going to land on moon or any other planet of the scheduled program or launching of satellites on the orbit of earth. This is the scientific purpose i told you about while it has commercial purposes.  Like automatic data processing which the business enterprise uses.

It has many works in educational purposes for example multiple choice question answers can be checked without any error and then the results can be printed out automatically with the help of the printer which is connected to the digital computer.

Digital computer are also used in air traffic control to control the aviation industry to help them control the planes by sending them data about the distance between the planes and the ground as well as about other planes coming their way.  Digital computers are heavily used because of its simplicity and generality.

Generality because it takes data as input for manipulation of input to get a desired output.  In simple words it can follow a sequence of instruction called a program that operates on a given data, then the programmer can change the programs according to his need.

The general purpose digital computers is best known example of a digital system.  Other examples include telephone switching exchanges, digital voltmeter, frequency counters and calculating machines.  I am telling about this machines because these machines take about inputs and give desired outputs.

Such alphabet, arithmetic operations punctuation marks or any other set of meaningful symbols.  The juxtaposition of discrete elements of information represents a quantity of information.  For example the word dog  is formed by letters d , o, and g.  The letter 237 form the number and etc.

Thus a sequence of the letter form a language that conveys information.  Early the computer were used only for calculation.  From this case the discrete element of information used are the digits.  From this came the word digital computers.