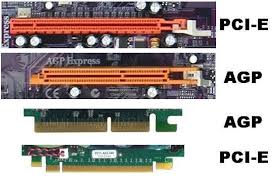 Friends today i am going to share my knowledge and understanding of the expansion slots. So lets begin with our topic.

Expansion slots are used to provide additional properties for carrying the computation task such as additional video, audio and sound, advanced graphics and Ethernet.   So lets begin with our knowledge hunting. I will start by AGP expansion slots. 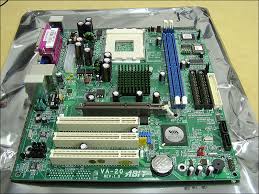 AGP stands for ACCELARATED GRAPHICS PORT.  AGP was introduced with high speed 3D graphics display in 1996.  It is used for older graphics card types which is discontinued by PCI EX16 graphics port in 2005. 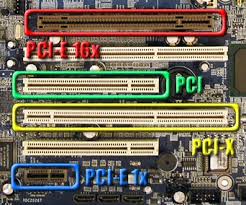 It is a universal adapter which plugs audio card , VGA card, lan card, TV card, and many more.  PCI has 3 version which are 1) PCI,2)PCI-X, 3) PCI-e.  So lets begin with our first type PCI expansion slots.

PCI express uses the concept of lanes which are switched point to point signal paths.  The single lane or combined collection of lanes that interconnect with devices is referred as a link.  There are seven different link type supported.

Thanks for reading.  Hope you liked it.