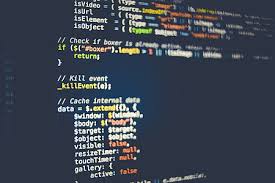 First we will discuss something about ERROR DETECTION CODES.

Binary information , be it pulse modulated signals or digital computer input or output, may be transmitted though some form of communication medium or electrical wires or radio waves.  Any external noise introduced into physical communication medium or electric wires changes bit values from 0 to 1 or vice versa.  An error detection code can be used to detect errors during transmission.  The detected error cannot be corrected but its presence is indicated.  The usual procedure is to observe the frequency of errors.  If errors occur only once a while, at random and without a pronounced effect on the overall information transmitted then either nothing is done or particular erroneous message is transmitted again.  If errors occur so often to distort the meaning of the received information, the system is checked for malfunction.  A parity bit is added at the end of the message to make the message to become odd if it is even or make it even if it is odd.  I am talking about the binary numbers generated by the software from the message that is passed ,  during transfer of information from one location to another, the parity bit is handled as follows.  In the sending end, the message (in this case the first four bits) is applied in “parity generation” where the parity bit is generated.  The message as well as the parity bit is transferred to its destination.  In the receiving end the message which is converted to binary numbers are taken with along with the parity bit into the parity bit network to check the parity bit.  An error is generated if the parity bit is not the same as generated or let’s says an error is detected if the checked parity does not correspond to the adopted one.  The parity method detect the presence of one, three, or any old combination of errors.   An even combination of errors is undetectable.

Many applications of digital computers required the handling of data that consist not only of numbers, but also of letters.  For instance, an insurance company with millions of policy holders may use a digital computer to process its files.  To represent any policy holders may use a digital computer to process its files.  To represent the policy holders name in binary form, it is necessary to have  binary code for that alphabet.  In addition, the same binary code must represent decimal numbers and some other special characters.  An alphanumeric (sometimes abbreviated alphanumeric) code is a binary code of a group of elements consisting of ten decimal digits, the 26 letters of the alphabet and a certain number of special symbols such as $.  The total number of elements in an alphanumeric group is greater than 36.  Therefore, it must be coded with a minimum of six bits (26 = 64, but 25 = 32 is insufficient).  One possible arrangement of a six bit alphanumeric code is also called internal code.  The need to represent more than 64 characters (the lowercase letters and special control characters for the transmission of digital information) gave rise to seven- and eight-bit alphanumeric codes.  One such code is known as ASCII( American Standard Code For Information Interchange);  another is known as EBCDIC(Extended Binary Code Decimal Interchange Code).  Let us discuss something about ASCII codes : In ASCII code listed in various books  consists of seven bits,  but is for all practical purposes an eight bit code , because an eight bit is used as parity.  When discrete information is transferred through a punch card, the alphanumeric characters is used 12bit binary code.  A punch card contains 80 columns and 12 rows.  The 12 rows are marked starting from the 12 the row and preceding backwards such as 12, 11, 10, 9, 8 and so on punches.  The first three are called zone punch and last nine are called numeric punch.  The 12 bit card code can be seen through internet searches. 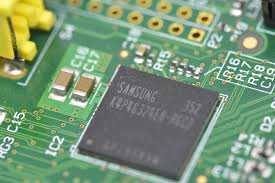 The Physical Component By Which A Computer Is Made Which We Can See, Touch And Feel Is Called Computer Hardware Example Ram, Motherboard.
·         INPUT DEVICE  : These hardware are used to input any data, instruction on command insidea computer device.  example keyboard mo9use scanner microphone, webcam etc
·         OUTPUT DEVICE:  these hardware are used to get any output from a computer system.  example: monitor, printer, speaker.
·         CENTRAL PROCESSIG UNIT (CPU): This Device Proceses All Instruction Given By A User, And It Also Other Haqrdwqaar Peripherals Example  :Microprocessor
·         MOTHERBOARD: It is the main electric circuit board which is made by a pcb(printed circuit board).  It hods all hardware components and provide interface to those component by which they can communicate with each other.
·         MEMORY: These hardware are used to storedata temporarily on permanent.  these are two types
o   PRIMARY MEMORY:- These Memories Are Direclty Accessed By A System Cpuit Does Not Need Any Third Controller To Occur This Memory Example :- Ram , Rom
o   SECONDARY MEMORY:- A cpu needs additional computer to access this memory.  They are basically storage device. Example:- hard disc, cd-dvd, pendrive, sd cards etc.
·         POWER SUPPLY UNIT (PSU):-  This Unit Convert Alternating Current To Direct Current And Provides A Regulated Popwer Supply To All Hardware Peripherals Example :- Switch Mode Power Supply.

SINGLE CORE VS MULTI CORE
A cpu contains single or multiple processsing chips.  These chips are made by silicon.  A chip takes three hundrede steps to be manufacture. A processing containing single chip is known as single core processor .

In dual core it contains two chips that means it have two processor in a package.  In quadcore it contains four chip and show on more numbers o chips gives better performance and reduces processing delay.

HYPERTHREADING
It is a feature of certain intel processor that makes one physical cpu and appears two logical cpu.  It uses additional registers two overlap two instruction which achieve an appropriate thirty percent gain in performance.

Multi threaded applications take advantage of hyperthreading .  But it cannot rival with the performace achieved by a true dual core processor it was introduced by intelwiht their prentium four processor and reffered as “ht” technology.

This technology is supported by syistem software to take advantage.  Most of the todays operating system such as windows and linux aree capable of dividing their workload among multiple processors. This is called symmetric multi processing (smp). 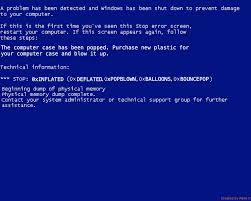 PREPARATION AND HARDWARE REQUIREMENTS FOR WINDOWS 7.
Today’s  age is the age of computers.  Computer literacy is a must to survive in this age.  If you are not educated then this age will eat you.  So I will teach you some advanced matters of the computers.  So lets get started.

Decades together Windows operating system rules the computing world because of its user friendly look and feel in this topic I will teach you some hardware requirements and preparing materials of windows 7.

Microsoft windows 7 introduces advanced features that help users intuitively view , find and organize information on the computer but it will be shown in another  post.  Windows 7 delivers good personal productivity and digital environment on this computer.

Now I am going to show you some hardware requirements of editions of windows 7.  So lets get started. 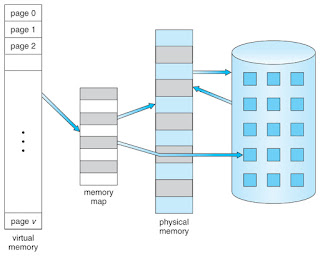